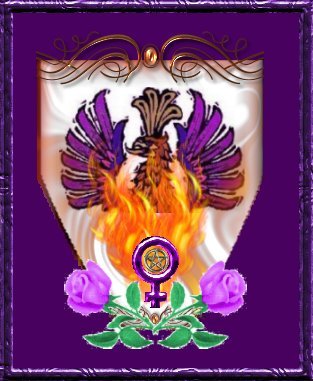 How to Create a Contract of Servitude

A Contract is an important aspect of training. It instills security and trust in the relationship. This form of agreement is used as a reference to expectations.

There are a variety of types of Contracts. A brief temporary agreement may be required to start training, such as oaths made upon application. A full, lengthy document is produced for the full-time slave.

Every Contract will include basic expectations, duties, limits, behaviors, goals, brief rules, a statement of consensuality, specifics to the individual, safety aspects, prohibitions, penalties and duration, as well as Mistress responsibilities.

In the longer forms, Contracts often include daily routines, specials (like drinking rules), training requirements, sexuality, social privileges, household status (when more than one servant), symbols, types of training, privacy, and other items.

The Contract should be original to the particular situation. The Mistress may have a general Contract. This would be considered an initial agreement to begin training. Once the slave has completed the orientation process, a Contract will be needed. Either the Mistress writes the Contract, or assigns the slave to do so.

Negotiation, a meeting of the minds between the Mistress and the slave is necessary to complete the Contract process. Items of negotiation are: specifics of inclusion mentioned above, duration, safe words, contact expectations, discretion, etc.

The Contract Signing Ritual is a very beautiful, moving experience between the Mistress and the slave. Elements of the Ritual could include: atmosphere (candles, incense, special clothing), readings from the slave’s written journal, poetry the participants write, formal vows, etc.

Most Contracts have a duration clause. This explains how long the Contract will be in effect and what happens when it expires. Usual durations are 6 months, 1 year, 3 years. Reviews, updates, amendments, cancellations, transfers, release, etc., should all be determined in the duration clause.

A Contract of this kind is usually not recognizable in a court of law. However, between the Mistress and the slave it is morally binding. Failure to live up to the Contract is good reason for dismissal. Contracts can be notarized.

There are 4 Sanctions for Breach of Contract: 1. written warning, 2. Behavior Warning, 3. Temporary Conditional Dismissal, 4. Permanent Dismissal. Under most circumstances, permanent is not commutable.

There are many types of contracts. I have scoured the web for some examples to share. Understand that these are only examples. A good contract is relevant to the genders and specifics of the parties involved. Any could be used as a template, a beginning point, and after refinement a Contract Signing Ceremony could take place. A good starting point to creating and negotiating a useful contract are The Submission Checklist and The Short Negotiation Form. I often use these two documents along with the Entreaty Form.

This entire site has been hand coded, uploaded and maintained by Mistress Infinity Herself as an educational resource and to promote Mistress Infinity herself. The opinions expressed on this website are her own. No HTML editors were desired or used. All original material, Femina Rising logos and design is copyright April 2001. Links have been handpicked. Please report any bad links so that She may adjust them.